Identity theft in the state of Colorado is a very serious crime. Not only is the crime punishable by up to 12 years in prison, but it also has associated fines of up to $500,000. In many cases, the criminal must also pay restitution to the person whose identity they stole. A number of laws regarding identity theft are in effect in Colorado. 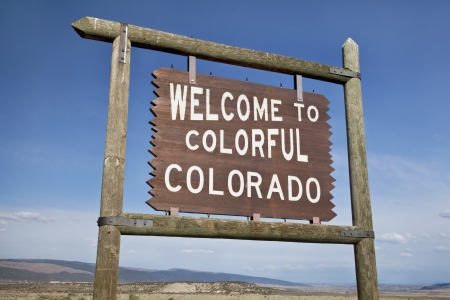 When a traffic cop stops a person for a violation, that person is required to provide their correct name and information. Offering a different name is considered criminal impersonation, and is punishable by law. This is especially true if the person has a warrant out for their arrest, and is using a fake name in order to avoid punishment.

It changes the violation from a misdemeanor to a felony if avoiding arrest is the reason for providing the false information. Criminal impersonation is a Class 6 felony charge in the state of Colorado. This could result in at least one year in prison, and at least $1,000 in fines.

Anyone in the state of Colorado is allowed to place a credit freeze on their account. This has to be done with all three reporting agencies, and typically costs a fee. Victims in the state of Colorado do not have to pay this fee, and can ask for a fraud alert free of charge. There is a fee if the consumer wants to lift the freeze for one specific party, such as if they know they will be applying for a line of credit themselves. The freeze must be done in writing.

A victim of identity theft who now has their name under investigation for crimes committed can request a record challenge. He or she may petition the court to determine factual innocence. If found innocent, an order will be put forth indicating as such. The court must provide the Colorado Bureau of Investigation with this order so they can update their records.

A Victim Impact Statement may be made in court to help determine costs of restitution. This restitution amount must be paid back by the thief who stole the victim's identity. Any financial losses the perpetrator caused to the victim are typically ordered to be paid back. Regular payment intervals are decided to ensure the money is paid back within a designated timeframe.

A victim also has the right to pursue restitution amounts on their own. This can be done through a civil judgement.

A number of cases have come out of Colorado regarding identity theft and fraud.

For at least a month, seven people were conspiring with one another in an identity and mail theft ring. Not only was the group printing false checks, but they were also making fake identification cards. The perpetrators had also stolen mail from mailboxes and used it to steal the identities of more than 100 people.

It seems as though the therapist did not take the information to steal the patients’ identities, but instead to try and recruit them as patients at his new place of employment once he left the medical center. Either way, all patients were urged by law enforcement to check their financial records and report the crime to their financial institutions.

Tasha Phillips and Quinetta Hunter led a group in an identity theft and forgery ring that ran for more than a year. They were charged with conspiracy for violating the Organized Crime Control Act set forth by Colorado. Forgery, theft, and identity theft were among their other charges.

Their co-conspirators included Destinee Segura, Tashena Reid, Shaqweila Phillips, Tony Phillips, Matrice Ford, and Ernest Daniels. They worked together to steal and forge checks and use counterfeit checks under the names of others. Together, they racked up losses for 35 victims, totalling $49,000.

As an identity theft victim, there are a number of resources that should be utilized for answers and assistance.

Colorado.gov: The Colorado Bereau of Investigation offers a 24-hour hotline for victims of identity fraud. Their website includes the hotline telephone number, as well as an e-mail address, that can be used at any time. The site also details steps for handling the situation, including contacting law enforcement, reporting the theft to financial institutions, and letting the Federal Trade Commission know about the crime.

Ftc.gov: The Federal Trade Commision is responsible for protecting consumers. Their website can be used to make a complaint, obtain a free credit report, and report identity theft. They also list scam alerts so consumers can remain aware of any potential threats in the area.

Courts.state.co.us: The Colorado Judicial Branch website offers a section of self help information. Victims can use this section to find answers for the steps they should take after they realize a crime has been committed against them. There are also forms available that can be filled out in sent in as needed.

Irs.gov: Identity theft sometimes includes creating a tax return in another person’s name in order to gain their tax income. Victims of this type of fraud should contact the IRS. The IRS website provides a variety of helpful information and resources for taxpayers.