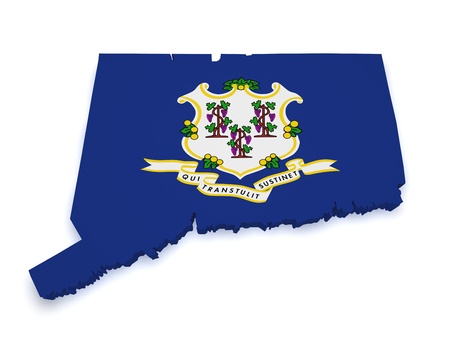 A thief who steals the identity of someone who is under the age of 60 and obtains more than $10,000 under their name is guilty of first degree identity theft. The crime is also a first degree charge if the victim is older than 60 and the thief obtains more than $5,000 in their name. Either crime is a Class B felony that earns the perpetrator at least one year in prison, with an accompanying fine of up to $15,000.

The theft is a second degree crime if the perpetrator obtains more than $5000 from their victim. Any victim over the age of 60 with less than $5000 stolen earns the criminal a second degree charge as well. This is considered a Class C felony, which is punishable by at least one year in prison, and up to $10,000 in fines.

Any type of identity theft where a low monetary gain is involved is a third degree felony. Stealing personal information for a purpose other than financial gain is also listed in this category. It is considered a Class D felony. There is a one year minimum and five year maximum sentence for this level.

Selling, transferring, or otherwise obtaining personal information of another person is considered trafficking. When a person sells personal details to a third party when they are aware of the unlawful intent the party has for it, it is considered a Class D felony. A fine of up to $5,000 is associated with this level, as well as prison time of between one and five years.

Attempting to defraud someone while under another person’s identity is considered criminal impersonation. Pretending to be a marshal or otherwise wearing a badge also falls under this category. This crime is a Class A misdemeanor. It is punishable by a $2000 and a year in jail.

Pretending to be a police officer is a Class D felony. Fines of up to $5,000 will be charged to any person who commits this crime. There is also prison time associated with this crime, of at least one year. Anyone wearing a fake badge, uniform, or shield is guilty of this crime.

All consumers in the state of Connecticut are allowed to request a security freeze on their credit reports. This freeze prevents the agency from releasing any details regarding the report to third parties who ask for it. Those who have fallen victim to identity theft often use this freeze as a way to keep the culprit from applying for loans and taking out lines of credit in their names.

A couple of Connecticut identity theft cases have made the news in recent years.

Michael Jones, a state judicial marshal from Waterbury Superior Court, was charged with identity theft. He used another man’s social security number and personal identifying information in order to obtain a credit card. With the card, Jones racked up thousands of dollars of debt. He even used it to make a down payment for a motorcycle.

Jones was suspended from his job immediately once word broke of his charges. He was charged with not only identity theft, but also criminal impersonation and larceny.

A woman was driving erratically through Connecticut, and got pulled over for a traffic violation. The traffic stop allowed the police officer on duty to find a number of counterfeit credit cards and driver’s licenses with the names of several victims. Markia Williams, who was only 19 at the time, was driving a brand new BMW, worth $125,000. The vehicle’s paperwork said the car was only purchased a week prior in the state of New Jersey. The vehicle’s owner was stated to live in Virginia. There were also numerous identification cards found belonging to people in Connecticut, New Jersey, and Rhode Island.

Not only was Williams charged with traveling at an unreasonable speed, but she also earned charges of identity theft, credit card counterfeiting, forgery, and credit card theft. She was immediately taken to jail and held on a $15,000 bond.

A variety of resources are available to victims of identity theft in Connecticut.

Ct.gov: Connecticut’s state website offers information regarding identity theft laws in the state. They offer a Department of Consumer Protection that provides important guidelines and resources to consumers.

Uwc.211ct.org: United Way of Connecticut provides helpful resources to victims of identity theft. The site discloses what identity theft is, and how to minimize the chances of it happening. It also provides information for reporting the crime and notifying financial institutions.

Annualcreditreport.com: In order to obtain a copy of a credit report, consumers can visit the Annual Credit Report website. One free copy can be issued every 12 months.

Experian.com: When victims of identity theft want to place a security freeze on their credit report, they have to contact each of the agencies to do so. Experian is one of the top choices that many companies use to pull reports from. It should be the first agency to contact when a freeze is needed.

Transunion.com: Transunion is another top choice for credit reporting. Victims should visit their site to learn about their options for security freezes and reporting theft.

Equifax.com: The final option is Equifax. They too offer security freezes for credit reports, as well as helpful resources for consumers.