Home » Blog » How Do Identity Thieves Steal Your Identity?

How Do Identity Thieves Steal Your Identity?

Identity theft is a persistent problem that is only growing in magnitude. In 2014 alone there were over 300,000 complaints of identity theft and $1.7 million paid towards theft. That number is going to continue to rise as new technology emerges that makes it easier for your identity to be stolen. There are numerous ways that your personal information can be taken and used. It isn’t just about protecting your wallet and credit card anymore because there are other ways your identity is in jeopardy. It’s important that you know exactly how identity theft works, how the criminals get your information, and how they are using it.

How Thieves Get Your Identity

There are many different ways that criminals can steal your identity as well as numerous ways they can commit fraud once they have your personal information.

Your Social Security number is one of the easiest ways that a thief can steal your identity, but it is not the only way. Your PIN, bank statements, credit card applications, job applications, tax refunds, and more are all vulnerable to theft.  How do criminals get their hands on this information, though? Any way that they can. Most people know that having their credit card stolen is an easy way to have their identity stolen, but it is not the most common way.

Many thieves get your personal information from your social media sites. A lot of people share sensitive information on Facebook or Twitter and all criminals have to do is take that information and use it for fraud. You may not be sharing your bank statements or SSN online, but if you have your name, address, and birthdate, that can be enough for a criminal to use.

Mail is another easy way that your identity can be stolen. Thieves can steal your mail by filling out a change of address form and diverting all your mail to another location. All they have to do is find one bank statement or credit card application and they can use that data to steal your identity. Some thieves will also dumpster dive to find sensitive mail to use. If you do not properly destroy this kind of mail you might be opening yourself up to identity theft.

Data breaches are quickly becoming one of the top ways that people are exposed to identity theft. Hackers will attack businesses, and places like hospitals, or websites like Amazon, to obtain personal records. Health insurance or hospital breaches are especially dangerous because your medical records could also be stolen. With that information, thieves can wreak havoc on your finances and life.

There are so many other ways that your identity is at stake, but some of the scariest involve technology. Cybercriminals will hack into your computer and hold all of your files ransom with a special virus. The only way to get your files back is to wire thousands of dollars to the criminal. Even worse, right now there aren’t many laws to protect you from this kind of fraud so you might just have to pay the money to get all of your information back.

Why Thieves Want Your Identity 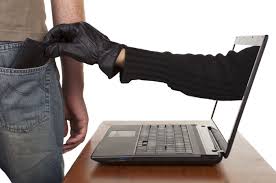 Money is not the only thing that thieves are after when they steal your identity, but it is still one of the biggest problems. Once criminals have your name and other personal information they can use it to open credit cards, obtain major loans, open bank accounts, steal Social Security benefits, and run up charges on all of your accounts. It can be very difficult to recover all monetary losses once the fraud has been committed, especially if you don’t have any kind of identity theft protection.

Criminals also want your identity to apply for jobs, rent an apartment, obtain a driver’s license, or Social Security card. Perhaps the most dangerous way they can use your information is to commit crimes using your name. If an identity thief is caught for a crime like a robbery they can provide false identification when they are arrested. The crime and all following court dates are now under your name. If you are not aware that your identity has been stolen and don’t show up for the court dates, warrants for your arrest could be issued.

Here is some information from the U.S. Department of Justice, Bureau of Justice Statistics:

According to the Federal Trade Commission’s Consumer Sentinel Network Data Book for January – December 2013, identity theft accounted for 14% of the total complaints. Of those complaints, 34% were for government documents/benefits, 17% were for credit card fraud, 14% for phone or utilities fraud, and bank fraud was 8%.  Here’s some more statistics on ID theft in America.

Who is At Risk? 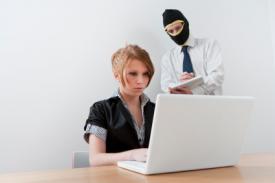 Anyone who has a Social Security number, bank account, or credit card is at risk. But there are some people who are more susceptible than others.

Protect Yourself From ID Theft

There are so many ways that your identity can be stolen and even more ways that it can be abused once it is taken. It is important to know as much as you can about identity theft and exactly how criminals are taking your information and how they are using it. Prevention is the best way to protect yourself from these types of crimes. Keep all of your information safe and don’t share it on the internet or with people you do not trust. There are also identity theft protection services that can help you prevent and stop fraud from occurring.