Identity theft laws in Idaho are extensive. Many associated crimes are felony offenses that result in prison time and high fines. These laws are put in place to prevent people from stealing the identity of another person, especially for financial gain that results in a loss of finances to the targeted party. 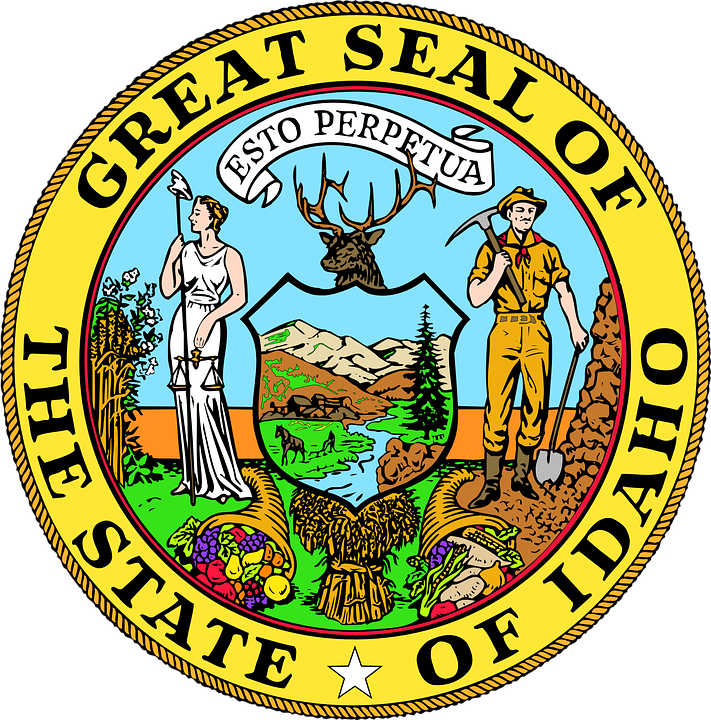 Recording the personal information of another person is against the Idaho law. This is especially true for any information that is used for obtaining money, goods, or lines of credit. It is a felony offense, worth a maximum of five years in a correctional facility. The information included in this offense is an address, driver’s license number, date of birth, full name, or social security number.

Fraudulent Use of a Financial Transaction - 18-3124

Financial transaction numbers that are fictitious or belong to another person are not lawful to be used. Depositing money into an account when these numbers are knowingly falsified is a serious crime. This includes the use of credit card numbers, checks, or money orders. Selling these transaction numbers is also offensive.

In the event of a security breach, a company with databases for customer information must notify the customers of the circumstances. Failure to do so shows non-compliance of the code of law. It is necessary to notify all parties as soon as possible.

Idaho residents may request a security freeze in writing. It is wise to make the request by certified mail, but regular mail is also accepted. Proper identification is necessary for this request. Upon receipt, the credit reporting agency must put the freeze in place as soon as possible. It typically takes a few business days to do so.

The agency must confirm the request with the consumer and issue them an identification code. This code will allow the person to make further requests regarding the account in the future, such as removing the freeze at a later time.

Intimidation By False Assertion of Authority - 18-3005

Falsely acting as an officer of the law in order to intimidate others is a criminal offense in the state of Idaho. It is also unlawful to act as any public servant or person of authority. It is punishable by up to one year in jail and a $1,000 fine.

Simulating legal processes also falls under this category. These processes include pretending to serve subpoenas, warrants, or other types of court orders and notifications. Pretending to know the contents of true legal documents is also offensive under this law.

Aggravated identity theft and conspiracy to commit bank fraud were two charges earned by a California man who stole the identity of several people in Idaho. Christopher Miller, along with several co-conspirators, used the account information of others to make purchases at several stores. They racked up over $35,000 in Idaho alone, and nearly as much in the state of Colorado.

Miller would also use fake identification to impersonate account holders at different banks. He would obtain a debit card in their name, which would be used to make purchases. Caught in Idaho, Miller had to attend court in Boise to reach his sentencing. He was ordered to pay upwards of $70,000 in restitution, and face three years in prison.

A vacation rental location reported a rental attempt using a stolen card. This led authorities to find Chaundra Stallings, who was linked to multiple identity theft crimes throughout the states of Idaho and Washington. She was the property with her two year old daughter.

Stallings was immediately arrested and charged with theft and drug possession. A number of credit cards and pieces of mail in the names of other people were found in the vicinity. Stallings would steal people’s mail and then use the information she found to open accounts in their names. She completed change of address forms so the victims would never suspect it was happening.

Forged documents were also found. The perpetrator was attempting to create her own identification and currency. Since her arrest, Stallings has been linked to at least eighteen charges.

In 2010, a Texas man by the name of Blake Ruff found a box belonging to his recently deceased wife. In it were unexplainable contents, including the name of an attorney with the words “402 months” written next to it. There was also a birth certificate belonging to an unfamiliar person, pages from a phone book belonging to the state of Arizona, and an Idaho identification card.

Ruff turned the box and its content into the authorities and waited for answers. It appeared his wife, Lori Ruff, had faked her identity for the past two decades. She had spent time in Nevada, Idaho, Arizona, and California, and claimed to be several years younger than she actually was.

A court document was found proving Lori was in fact a woman named Becky Sue Turner, although Becky was said to be dead at the age of 2 in a house fire with two other siblings. She used the name to make herself an ID in Boise, Idaho, claiming to be 18 years old. She then changed her name in Texas a short time later to Lori Erika Kennedy. Her identity and the crimes she has possibly committed still remain unknown to this date.

A number of helpful resources are available for Idaho residents.

Legislature.idaho.gov: The Idaho Legislature offers a variety of helpful resources, including those intended for victims of identity theft. The bills and statutes set forth by lawmakers of the state are listed in detail.

Police.cityofboise.org: The City of Boise Police Department provides helpful tips for identity theft prevention. There is a even a full guide that can be downloaded.

Annualcreditreport.com: Annual Credit Report allows consumers to request one free copy of their report each year. This allows people to see their information and debts, and ensure all of them are their own doing, and not something caused by someone else.

Faq.ssa.gov: The Frequently Asked Questions section of the Social Security Administration provides answers and information for some of the toughest questions. Identity theft concerns and requesting a new number are all discussed.