Strong identity theft laws are in place in Indiana. Identity deception is what the crime is known by in this state. It is a felony offense, earning the perpetrator fines and prison time. 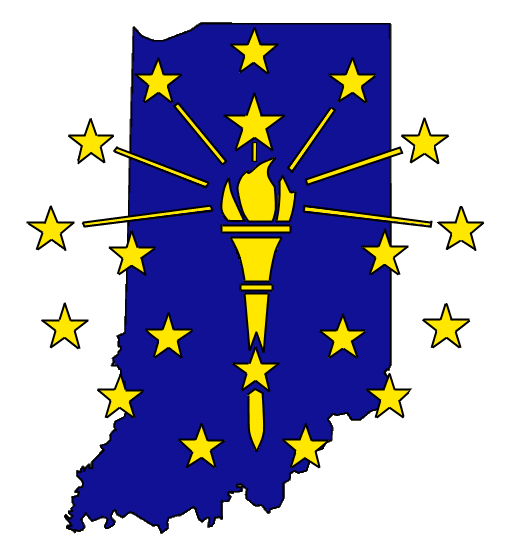 Using any personal information belonging to someone else is an automatic felony in the state of Indiana. It is typically considered a Class D offense, punishable by one year in prison and as much as a $10,000 fine.

When more than 100 victims are included in this deception, the crime excels to a Class C felony. The same applies if the total amount of fraud reaches past $50,000. A Class C felony in Indiana is punishable by at least a $10,000 fine and two years in prison. There is an eight year maximum sentence.

Obtaining the personal information of other people with the intent to use that information for terrorism purposes is a separate felony offense in the state of Indiana. This includes using another identity to purchase weapons of mass destruction. It is a Class C felony charge.

Some criminals do not use complete personal details, and instead create synthetic details of their own. This is known as synthetic identity deception. It is a separate offense under Indiana law. It is a Level 6 felony. It jumps to a Level 5 felony if more than 100 victims are included in the crime, or the fraud committed under their name totals more than $50,000. Minors under 21 who use this information in an effort to obtain alcohol or tobacco are not considered under this law.

Anyone who suspects the identity theft of another person should report it to the local law enforcement agency. The agency must then make an official report, and provide a copy to the complainant. If another agency holds jurisdiction over the matter, the complainant must be referred there afterward.

A hearing will be conducted to take all evidence under consideration. If a criminal is charged with identity theft in this case, the victim will automatically have their application approved. They will then receive a declaration of victimhood that proves they are not responsible for any crimes committed while their name was used, or responsible for any of the monetary damages caused, including to credit lenders.

Any Indiana consumer may place a security freeze on their credit report by contacting the three major credit reporting agencies. A small fee is associated with each agency, although victims are not responsible for paying it. The request can be done by mail or electronically. It will be put into effect within a few business days, and the agency must notify the consumer when the freeze is in place.

Any company that keeps personal information on file must notify all parties when a security breach has been detected. This allows each party the time to change their information and request new cards so they limit their chances of their information being utilized by a criminal. Mail, fax, e-mail, and telephone are all acceptable methods of notification in the state of Indiana.

Using a scanning or card skimming device in an effort to steal credit card information is a felony in Indiana. It is even unlawful to possess one, whether it is being used or not. The crime is a Class D felony. If terroristic deception is proved to be the intent, the punishment excels to a Class C felony charge. This equates to a minimum of two years in prison.

Falsely representing oneself as a public servant is a Class A misdemeanor in Indiana. This involves a $1,000 fine and a year in a county jail. Anyone pretending to be a police officer earns themselves a Class D felony charge. This equates to at least six months in prison, with a maximum of three years. Pretending to be employed through the Indiana Department of Revenue and collecting property or money from a victim is also a felony charge under this law.

Indiana offers its residents a variety of identity theft resources that can help prevent the crime from happening, and help the recovery process go smoother if it already has.

In.gov: The Indiana Attorney General has a special Identity Theft Unit that works with victims and offers investigators who can help the procesuction of the criminals. A variety of tools are listed on the website.

Consumersunion.org: A number of consumer reports are included on Consumers Union. The site details helpful news and events for consumers in all areas, including Indiana, and provides helpful resources for identity theft victims.

Iga.in.gov: The Indiana General Assembly allows users to search their site for the most current laws and regulations. Identity theft is included in this list of searchable statutes.

Indianabb.com: The Indiana Business Bank discloses information regarding identity theft and what consumers can do to prevent it. Important resources are disclosed on their website.

Indianaconsumer.com: The Attorney General of Indiana offers an ID theft victim kit. It includes steps for reporting the theft, resources for where to turn, and information for contacting the fraud department. A number of telephone numbers for different agencies and departments is also included in the kit.