A variety of laws are put in place in the state of Iowa. These include regulations and restrictions for using another person’s identity. Identity theft is a serious crime that can cause a lot of damage to a victim, especially if accounts are opened in their name. Iowa laws allow for restitution to be paid to these victims when theft of their identity occurs. 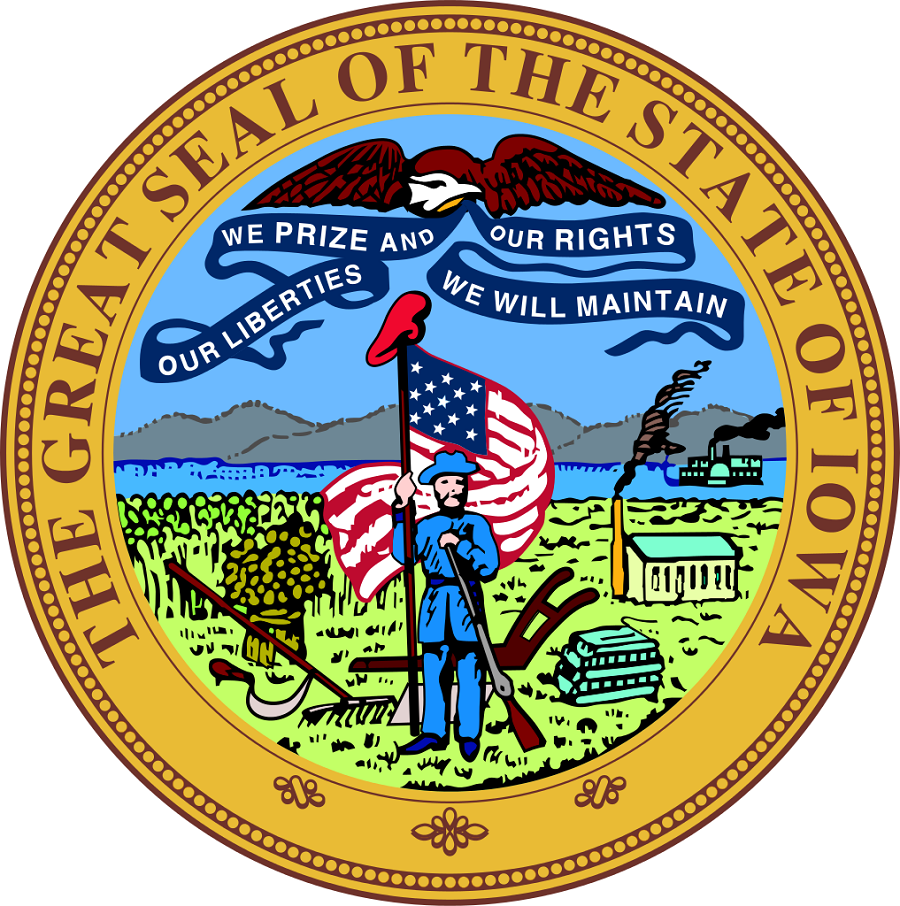 Taking pieces of information belonging to another person and using them for any purpose is considered identity theft. In the state of Iowa, identity theft is a misdemeanor crime as long as the money gained from this type of fraud is less than $1,000. If the fraud exceeds $1,000, the crime then becomes a Class D felony charge. A Class D felony in Iowa earns the perpetrator a maximum sentence in prison of five years. There is also an associated $7,500 fine.

A victim of identity theft has a civil cause of action. This gives them the right to pursue a court case in which the criminal is made to pay back any losses they caused. Through this hearing, the victim has the potential to regain up to three times the damage amount of what was taken or used in their name. A $5000 minimum is typically offered. The criminal may also be made to pay the court costs for the hearing, attorney fees, punitive damages, and costs to repair the victim’s credit.

The Attorney General is able to issue an identity theft passport to people who have proven to be victims of identity theft. Proving these circumstances includes filing a police report with local authorities and the authorities agreeing that a theft has taken place.

This passport is a type of identification card that can be used to prove victimhood. It can be shown to creditors and law enforcement to prove innocence of a crime or debt. It helps identify the true person whose name has been used, and makes the process of account recovery easier to manage.

A scanning device allows criminals to obtain payment card information. With this information, they are free to make purchases under the person’s name. Using one of these devices is a felony crime in Iowa. It is a Class D felony for the first offense. Up to five years may be spent in prison if convicted of this charge.

Two or more charges of this same crime excels the charge to a Class C felony. This equates to a 10 year maximum prison sentence. There is also an associated $10,000 fine in most instances.

Acting as a public official, such as a police officer, judge, magistrate, or police officer, is a crime in the state of Iowa. It is considered an aggravated misdemeanor charge. This could result in $6,250 in fines. A maximum of two years in a correctional facility is also included in the punishment.

A couple of news cases have come from Iowa regarding identity theft.

Shelley Bridges began opening Capital One credit cards in other people’s names. These victims began noticing strange charges on their accounts, as well as other credit cards listed on their credit reports. A number of the people were connected, as they had all spent time in Mitchellville volunteering at a women's prison. Bridges was in custody at the prison at the times of these volunteer hours, and found a way to access their information, although the spokesman for the facility said there should have been no way she could have accessed it.

Forty total victims were revealed in this case. Bridges is now charged with identity theft in all of these instances, and must pay back the money she owes, while also facing prison time.

Back in 1973, Ronald Carnes escaped from prison in North Carolina. He was never found again until 2014, when facial recognition software located him in Iowa. During his time away, he assumed the identities of two different people in order to avoid detection. The identities were those of two boys who had passed away back in the 1940s.

Carnes had an initial charge of robbery with a firearm when he was sentenced to prison in 1970. Now that he has been caught, he has added charges to his record of identity theft and social security fraud. With the two different identities he has been assuming, Carnes was drawing social security benefits in order to obtain money. He was also able to claim disability.

The software caught Carnes after he applied for a license in Iowa. His picture on the ID matched up with his original features found in the database. After a search of his home, police found a pistol and ammunition which matched the description of what he used in his 1970 robbery. A fingerprint proved his true identity.

Iowa offers numerous resources to consumers and residents in the state. These resources provide helpful information for victims and potential victims of identity theft, allowing them to obtain the details they need for credit reporting agencies, law enforcement, and more.

Iowaattorneygeneral.gov: The Iowa Attorney General provides a number of beneficial resources for victims of identity theft. These resources include links to the three credit bureaus and the Federal Trade Commision, as well as details regarding the laws in the state.

Iowalegalaid.org: Iowa Legal Aid offers insightful information regarding identity theft in the state. Their site helps people determine if they have been a victim of identity theft, and provides details regarding what they can do about it.

Iowadot.gov: The Iowa Department of Transportation offers a complaint packet that helps drivers discover what to do if they are victim of theft. A driver’s license is one of the main identification documents that criminals use in order to steal someone’s identity.

Tax.iowa.gov: The Iowa Department of Revenue discloses details for the steps to take when tax refund fraud is suspected. This is a common reason for identity theft that is happening more frequently. An IRS Identity Theft Affidavit must be filled out.