The state of Mississippi has several identity theft laws in place, which earn the charge of a misdemeanor or felony, depending on the circumstances. These types of crimes use the personal identification of another in order for a criminal to invade the law, gain goods or services, or obtain money. Prevention is key to ensuring citizens of the state do not fall victim to identity theft. 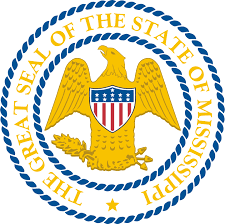 The personal identification of another includes employment information, financial account numbers, driver’s licenses, pin numbers, and even stock details. Using this information in any way, whether to gain money, goods, or otherwise, is a felony offense. A $5,000 fine and a five year prison sentence may be received for this crime.

Any victim whose name has wrongfully been used in the conviction of a crime may file a petition to have the charges expunged from their record. This happens when a criminal steals the identity of another person and commits crimes under that name. The convictions will then show up under the name, which can wreak havoc on the true person’s life.

Giving any false identification to a police officer is a misdemeanor offense in Mississippi. This includes lying about a true name or address, or using another person’s ID. It can result in a year spent in a correctional facility, as well as fines totalling $5,000.

The act of personating another in order to receive any type of money or property is a criminal offense in Mississippi. It is considered in the same regard as typical theft. This is a felony charge in the state.

Using, selling, or transferring credit cards or credit card information belonging to another person is also a crime. The charge is a misdemeanor as long as it has only been taken or sold, with money totalling no more than $500. It could earn the perpetrator up to a year in a correctional facility.

Using a scanning device in order to obtain the credit card information belonging to another person is a felony offense in Mississippi. The same applies to reencoders that can be used to take the information from one magnetic card strip and encode it onto another card. This crime results in a prison sentence of five years and potential fines of $10,000.

By written request, all consumers in the state of Mississippi may place a security freeze on their credit reports. The request must be sent by certified mail. It has to include a copy of the police report in order to prove the person is a victim of identity theft and have the freeze put in place at no charge. Otherwise, a $10 charge is associated with each credit bureau.

A couple of newsworthy cases of identity theft have made their way from Mississippi.

Pinkie Tyler and Tonya Grear worked alongside a third accomplice, Sharon Grear, in order to commit identity theft and tax fraud. Shannon Grear was responsible for the theft, stealing the personal identification information of a victim in order to pass it along to her co-conspirators so they could use it for themselves. She was only sentenced to two years in prison for her aggravated identity theft charge, a much lesser charge than the other two received. She will have to be supervised for an additional year afterward while she is on parole.

The other Grear and Tyler were responsible for using the information obtained to file a false tax return and receive a refund. They both pled guilty to a charge of theft of government funds. This earned them both 10 year maximum sentences in prison. An associated $250,000 fine is also charged separately to each of them. After their prison release, both of these women must also be supervised for an additional three years during parole. All three woman were charged on different dates.

Laura McCreary used false identification in an effort to make purchases and obtain goods. The theft happened in December, and was reported by the victim soon after by the beginning of January. This led to McCreary’s prompt arrest. The charge against her comes with an associated prison time of five years. She could also face up to $5,000 worth of fines, including restitution to the victim and court costs.

The state of Mississippi provides an assortment of resources to its citizens so they can better protect themselves against the crime of identity theft.

Ago.state.ms.us: The Office of the Attorney General in the state of Mississippi works to uphold laws and provide assistance to victims and the families of victims. Identity theft is a crime that can greatly impact the life of the victim, which takes time and effort to repair. Prevention tips are included on the website to better prepare citizens of the state so they can avoid the crime happening to them.

Mvhra.shrm.org: The Mississippi Valley Human Resources Association holds regular meetings and events. One such event is a presentation on identity theft and how it can impact both employees and customers. Consumers can find details of any future meetings of this nature on their website so they can stay informed.

Magfedcu.org: The Magnolia Federal Credit Union has several branches throughout Mississippi, with their main branch in Jackson. Their site has an identity theft section that offers contact information for the credit union, as well as information to discover how an account may become compromised. It includes planning for out of the country trips so an account does not get flagged for suspect use.