South Carolina does its best to keep its citizens safe in all aspects. This includes offering a consumer protection unit that works to fight against crimes of identity theft. Stealing another person’s identifying information, obtaining signatures and property under false pretenses, and the act of impersonation are all considered crimes under this category. 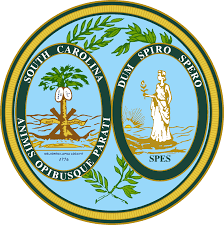 Both identity fraud and financial identity fraud are felony crimes in the state of South Carolina. The offenses could land the offender in prison for up to ten total years. The courts will also determine appropriate fines based on the amount of money that was stolen.

A victim of identity theft who had their name stolen and used for a crime can petition the courts for proof of factual innocence. This will provide a record of the theft and indicate that the true name of the individual was not actually used in the crime, and it was instead committed by another person falsely using their identity. The charge will be expunged from the victim’s record, and a certified copy of the order will be provided to them for their records.

Using false pretenses in order to obtain someone’s signature is a crime in the state of South Carolina. It will be charged as a misdemeanor as long as no monetary gain was involved, or if the total amount was less than $2,000. A $1,000 fine will apply, as well as thirty days in jail. An amount totalling between $2,000 and $5,000 will earn the perpetrator a felony charge. A maximum penalty of five years in prison may be given. A total amount reaching past $5,000 equates to a sentence of ten years max.

Fraudulent Impersonation of an Officer to Secure Property - 16-13-290

Impersonating an officer in an attempt to secure property or money from a person is an offensive crime. A misdemeanor charge will be given if the value of the property or money equates to less than $400. A $200 fine will be associated with the charge, as well as thirty days in jail.

A value totalling more than $400 earns the perpetrator a felony charge. The fine will be determined based on the value of the property, set at the court’s discretion. It will typically be close or equal to the amount of money the offender stole. A maximum sentence of ten years in prison could also be awarded.

Any victim of the crime of identity theft may request that a report be filed with their local authorities. An investigation will be initiated into the matter. The police officer who is responsible for filing the report will ensure there is a copy printed for the victim to use for their records. A report of this nature can be used by the victim to prove their innocence to financial institutions and creditors, as well as the authorities.

Both electronic mail and certified mail can be used to place a written request of a security freeze in the state of South Carolina. This preventative measure helps consumers stop identity thieves from opening accounts under their names. The freeze eliminates the possibility of any creditor requesting the information on their credit reports, which ensures the thief cannot take out a line of credit in their victims’ names.

Credit report freezes typically cost a small amount of money. That amount can be waived entirely with proof that a person is a victim of identity fraud. A police report or judgement of factual innocence will prove victim status and ensure the fee is waived. Parents and guardians are able to place freezes on minors accounts if need be.

It may take five business days for the freeze to go into effect. Once it does, the reporting agency will send out a letter of notification indicating the freeze is now in place. A personal identification number will also be included in the letter, which can be used to quickly remove or temporarily lift the freeze in the future.

South Carolina works to regularly update its government websites in an effort to provide all consumers with the most beneficial information regarding the crime of identity theft.

Consumer.sc.gov: The South Carolina Department of Consumer Affairs includes a wide variety of information on their website regarding identity theft. Brochures and forms are available so consumers can educate themselves on the topic and be aware of what to look out for.

Scdmvonline.com: The South Carolina Department of Motor Vehicles strives to provide as much information as possible on identity theft so drivers understand what to expect. A driver’s license is a common thing for identity thieves to steal, so it is best for all drivers to be prepared and ready to obtain a new card should the crime ever happen to them.

Scag.gov: The South Carolina Attorney General has a particular focus on keeping children safe from Internet crimes. This includes them falling victim to identity theft from those feeling kids will be easier to obtain personal details from. A guide to Internet safety is provided on the website in the hopes that parents will share it with their children and work to avoid identity theft and worse crimes.

Scscu.com: The South Carolina State Credit Union discusses various options with account holders hoping to combat identity theft. They offer ID theft resolution services, as well as credit and fraud monitoring in an effort to notice crimes quickly and work fast to get them resolved.