The state of South Dakota has incorporated a number of laws into its legislation regarding identity theft and fraud. This felony offense is punishable by time spent in the state penitentiary. Other related offenses may result in a misdemeanor charge if the crime is less severe. 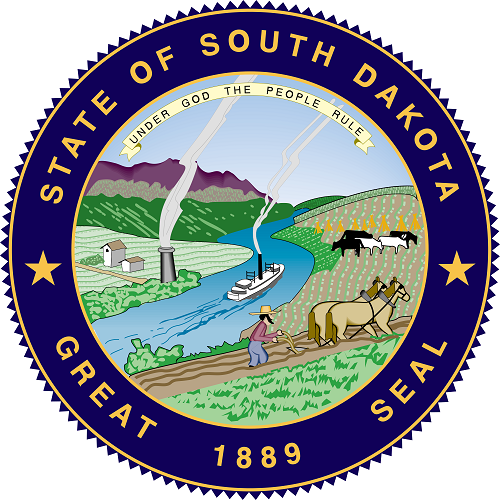 It is a felony crime in the state of South Dakota to use the identity of any other person without prior authorization. This includes using the information to access financial records or resources. South Dakota law classifies this crime as a Class 6 felony. Two years of prison time are typically sentenced, along with $4,000 in fines.

Impersonating another person, especially in order to deceive a police officer or person of another law enforcement profession, is a misdemeanor crime in South Dakota. Anyone that gives a false name or incorrect date of birth is guilty of impersonation. A Class 1 charge is given in this circumstance. It includes a one year jail sentence, along with fines totalling $1,000.

It is unlawful in the state of South Dakota to obtain any type of property or services while using a false credit or debit card. This includes using someone’s card without their authorization, a lost card, an expired card, or what that has been altered or is counterfeit. It is considered theft, and is punishable by a felony charge.

All South Dakota consumers may request a security freeze if they choose. As long as a valid police report is included in the written request, reporting agencies are not allowed to charge a fee to victims for the initial placement of the freeze, a freeze removal, or a temporary lift. A separate written request will have to be sent to Equifax, Experian, and TransUnion in order to ensure all possible reports are off limits to creditors.

Full name, birthdate, address, social security number, and date of birth must be detailed in the request. Anyone that has moved within the last five years must also list prior residences. A phone or utility bill should accompany the letter in order to prove the most current address. It is also necessary to include a photocopy of a driver’s license or state ID.

Using a scanning device or reencoder in South Dakota equates to a felony at the Class 6 level. A $4,000 fine may be awarded. The offender could also spend up to two years in a correctional facility. This sentence is given to anyone that uses the device and obtains money from doing so. Anyone that simply has the device in their possession and has an intention of causing fraud, but has not yet done so, could get off with a misdemeanor.

South Dakota has seen numerous cases of identity theft in the news.

Two men were behaving suspiciously at a gas station, prompting the clerk to alert the authorities. Elivanjob Espinosa-Leon and Wilmar Vargas-Rodriguez then led police on a chase through northeastern parts of South Dakota. As they were driving down the highway, the two men threw various credit cards and receipts out their windows.

Both men are now charged with crimes of identity theft and credit card fraud, among other things. They were involved in various incidents involving gas stations throughout other parts of the state, where skimmers were found on gas pumps. Several people reported fraudulent transactions on their accounts. The men were originally from Las Vegas.

Woman On Trial For Identity Theft and Health Care Fraud

A woman from Rapid City, South Dakota is on trial after accusations of health care fraud and identity theft were brought against her. Tiffany Mills had to appear before the U.S. Magistrate in order to attend her indictment hearing. She is facing a sentence of ten years in prison if charged, along with a $250,000 possible fine.

Within four months’ time, Mills used the identities of a number of other people in an attempt to gain the possession of prescription drugs. She faces additional charges of attempting to gain controlled substances by fraud, along with the aggravated identity theft and health care fraud offenses.

South Dakota provides an assortment of resources to all consumers within the state, detailing the laws of identity theft and methods for preventing the crime.

Consumer.sd.gov: The South Dakota Office of the Attorney General offers a Division of Consumer Protection. The division has a focus on privacy rights and ensuring consumers’ information is protected. A detailed handbook is included on their website.

Dor.sd.gov: The South Dakota Department of Revenue is responsible for collecting taxes within the state. Their website offers details on finances and financial issues, including those concerning identity theft.

Dci.sd.gov: The Attorney General of South Dakota discusses data security and security breaches. Their website explains the identity theft statistics for the state and details the importance of having related laws in place.

Statebarofsouthdakota.com: The State Bar of South Dakota includes a variety of resources that all citizens of the state can utilize. It includes links to government agency websites, legal services, and special programs that assist with consumer protection.

Dlr.sd.gov: The South Dakota Department of Labor and Regulation offers a number of forms that people can use. It includes intake forms, questionnaires, and guides for attorneys and making complaints.