Tennessee includes a variety of laws for its citizens to abide by. Offenders of these laws will receive jail or prison time, especially for crimes of identity theft that can have a large impact on the lives of others. Identity theft in the state of Tennessee is a Class D felony crime that earns the perpetrator at least a 20 month sentence in prison. 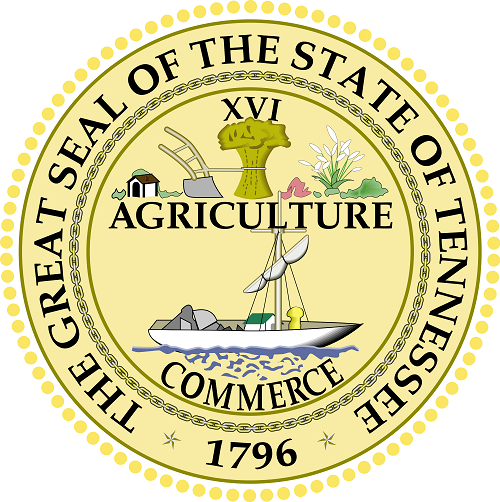 Buying false identification, using the identification of another person, and selling identification cards and important documents are considered identity theft in the state of Tennessee. Biometric data, fingerprints, retina images, and any other type of data or information that can be used to identity a person are included in this law. The crime is a Class D felony.

The prison term served will depend on the amount of damage done to the victim. A larger amount of money stolen will result in a longer sentence. The most typical range of time received is one years and eight months. At least 20% of the sentence must be served before parole is a possibility. Out of a twelve year maximum sentence provided to those who have committed multiple offenses, or who have done the crime before, a total of 60% must be served.

Impersonating a law officer is considered criminal impersonation. The crime may equate to a Class A or Class B misdemeanor, depending on the circumstances. Anyone that simply pretends to be an officer or makes others believe they are an officer, earns a Class B charge. Impersonation that occurs due to the desire to obtain personal identification of others is a Class A crime. A $500 fine will be charged. A maximum sentence of 11 months and 29 days in a correctional facility may result.

Attempting to use false identification, such as a fake driver’s license, in order to obtain goods is a Class C crime in Tennessee. A term of 30 days will be served in jail for this offense. The offender will also have to pay a fine of $50. Minors who use a fake ID in order to purchase alcohol are not considered under this law, and are instead punished under a different statute.

Taking control over a credit card that belong to another owner earns the offender a fraudulent charge in the state of Tennessee. If the card is stolen, but not yet used, the thief will earn a Class A misdemeanor. A $2,500 fine may be included, along with a sentence of 11 months and 29 days in jail. A monetary amount taken will result in a regular theft charge, which will be punishable by a longer maximum prison sentence. The perpetrator will also have to pay back the amount that they stole.

Any person that lends their government-issued photo identification card to another is guilty of a misdemeanor crime in the Class C capacity. Representing someone else’s card as their own also earns a person a misdemeanor charge. It is also unlawful to display an identifican card or otherwise possess a card that either belongs to someone else, or is a counterfeited item.

Reproducing and selling photo identification is a Class A misdemeanor. Multiple counts of this offense equate to a Class E felony. This can earn the offender time in prison, as well as cause their own driver’s license to be revoked. Their driving privileges may be suspended for between one and five years, following their prison sentence.

Representing oneself as another person while online is a crime against the anti-phishing act of Tennessee. This includes on websites, through email, and in any other online capacity. Requesting personal information while assuming this false identity is a more serious offense under this act. Obtaining information, money, goods, or services through this fraudulent practice earns the perpetrator a civil penalty. They will be forced to pay back the victims up to three times the amount of the damages they caused. A minimum of $5,000 will have to be paid, whether or not the the amount reaches that high.

All individuals and businesses that have access to social security numbers must keep these numbers from being disclosed to the public. They may never be displayed, printed, transmitted, or discussed in any capacity. The only exception is if the person okays the disclosure in writing, such as stating that is fine for the company to include the number in a personal document sent to the owner. A consumer reporting agency may also have access to the number. Those that do not follow this law can find themselves charged with a misdemeanor in the Class B capacity.

The state of Tennessee utilizes a number of websites in an effort to provide up to date resources to consumers pertaining to identity theft and crimes of the like.

Tn.gov: The Tennessee Department of Safety and Homeland Security offers a resource kit for victims of identity theft. The kit includes steps to take, such as filing reports and contacting agencies, as well as important resources that can be utilized in the process.

Memphistn.gov: The city of Memphis has an Economic Crimes Bureau that discusses Internet fraud, identity theft, and credit card fraud. Minimizing the risk for these crimes is their number one goal.

Nashville.gov: The Nashville Police Department offers investigative services that include researching identity theft and fraud crimes in the area. Tips for handling the crime for victims are disclosed on their website.