Vermont has created a number of laws in order to prevent the stealing of identities. It is a serious crime that can not only cause a lot of damage to an individual, but also a family, business, and many citizens of the state, depending on the circumstances. The act of identity theft earns Vermont perpetrators a felony charge. 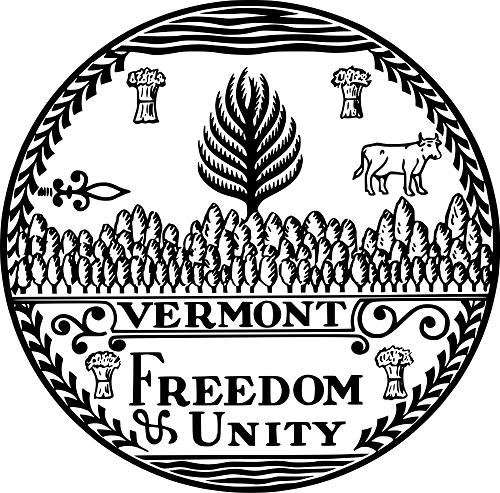 The personal information of one person shall not be used by anyone other than whom it belongs to. Taking this information in order to gain goods or services, sell it for money, or alter it for another purpose is unlawful under the identity theft statute of Vermont. One charge of this crime could land the perpetrator in prison for three years. A possible fine of $5,000 may also be charged. A second count of identity theft, and subsequent violations, add on to the sentence. A maximum of ten years may be applied, along with $10,000 worth of fines.

Attempting to impersonate an officer is a crime under Vermont law. A first offense of the act could equate to a six-month jail term, and $500 fine. Additional charges may result in two years of prison time, with up to $1,000 in fines. Any state or town officer is included. No one shall impersonate a police officer, sheriff, constable, or fish and game warden.

All consumers living in Vermont have the ability to request a security freeze. Freezes placed due to an actual identity theft crime will not require a fee, while voluntarily freezes could cost up to $10. It will cost $5 to remove the freeze or place a temporary hold on it. Certified mail is needed to place the freeze.

The unauthorized use of credit cards is a fraudulent offense in the state of Vermont. The cardholder may receive a charge for liability if the issuer has provided instructions for what to do when the card is lost, and the loss is not reported in a timely manner. A $100 charge may apply in this instance.

The person who has taken the card will receive a much heftier penalty. A $500 charge could be given to anyone who uses a stolen credit card to obtain even as much as $50. Six months in jail is the typical sentence. The sentence could be given whether a charge was made on the card or not, as long as it is proven that there was an intent to use the card fraudulently. An amount that exceeds $50 earns the perpetrator a full year jail sentence, with fines of $1,000.

When a police officer finds a credit card in someone’s possession whose name does not match that of the card, it must be seized. The officer may either return it to the rightful cardholder, or keep it for evidence in a criminal case. It is typically used as evidence first, and then returned at a later date.

One Vermont man defrauded a wide range of companies throughout the U.S. by creating an elaborate identity theft scheme. Matthew Melvin would apply to various companies using false identities. He used several of the companies to obtain loans and had them wire him money. He also received numerous checks from several different employers that he deposited into his own personal bank accounts. He faces three separate counts of identity theft, wire fraud, and mail fraud, and an additional count of money laundering.

A false email was sent to at least 500 state workers of Vermont. A link within the email took the workers to a replicated page claiming to belong to the Department of Human Resources. It looked like the legitimate web page, so the victims were trusting. The subject line of the email stated that a tax return document was available. Once on the website, users had to log in with their typical state username and passwords. This opened up their W-2 information, which included their social security numbers, addresses, full names, and bank account information. The scammer could see it all.

At least 50 out of the 500 workers had already submitted their information within the half hour before officials sent notice of the scam. An investigation immediately began to determine whose accounts were compromised. The sender’s email address was a clear sign that the information was not legitimate. It belonged to a comcast customer, rather than an official state email. A warning was sent to all employees so no further victims could fall prey to the scheme. The Department of Innovation and Information sent out an additional warning.

Vermont employs a number of state agencies and institutions that work to provide helpful resources to the citizens of the state.

Uvm.edu: The University of Vermont offers a consumer hotline where people can call and receive the inforamtion they need regarding what to do if they fall victim to identity theft. Their website can also be used to file a complaint and receive word about the latest consumer scams.

Tax.vermont.gov: The Vermont Department of Taxes discusses identity theft in detail, and provides tips for reporting the crime as promptly as possible.

Vtlawhelp.org: Vermont Law Help strives to provide all citizens of the state with the information they need pertaining to identity theft and the damage it can cause. A helpful tip video for repairing credit after theft is included on their website.

Burlingtonvt.gov: The Burlington Police Department discloses a variety of informaton related to identity theft on their website. This includes helpful tips for avoiding the situation, as well as valuable resources to use when the crime has already took place.