The state of Washington has enacted several laws pertaining to the theft of identity. This felony crime is charged at various class levels, dependent on the amount of money obtained while using an identity that does not belong to the criminal. The number of identities stolen also plays a role in determining the offender’s charge. 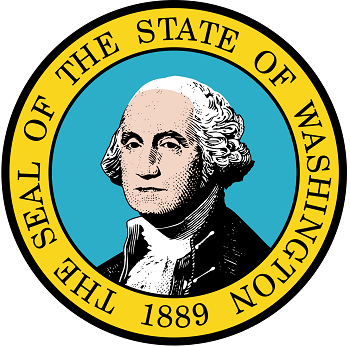 Possessing the personal information of any other person is prohibited in the state of Washington. This is especially true for anyone who obtains the information with the intent of using it to their own advantage, such as making a monetary gain. Gaining more than $1,500 with the use of someone else’s information is a crime of identity theft in the first degree. It equates to a Class B felony. Sentencing for this level results in a ten year maximum prison term.

Identity theft in the second degree is the charge for anyone who obtains less than $1,500. This Class C felony charge receives a maximum prison sentence of five years. The offender will also be responsible for civil damages to the victim. A minimum of $1,000 will have to be paid. This will go toward paying to repair the victim’s credit, their attorney fees, and additional court costs.

Each of the three reporting agencies has a different procedure for placing a security freeze on a credit report. The Attorney General provides this information to consumers of Washington so they are aware of each of the steps to take for placing the freeze with each one. With all three of the agencies, victims are able to place a freeze for free, as long as they can provide proof. This can be done by including a police report.

Criminal Impersonation in the First Degree - 9a.60.040

Assuming a false identity, especially with the intent to defraud another, is known as criminal impersonation. It is a crime in the first degree if goods, services, or money are obtained while assuming this identity. The same charge is also applied to a person that pretends to be public servant, company representative, or other professional occupation and causes fraud while doing so.

This crime is a Class C felony. A minimum sentence of one year will be given, which will be spent in a state penitentiary. The maximum earned sentence is five years.

Impersonating another person through electronic methods is prohibited by Washington law. This includes creating a false account under someone else’s name, whether through email, on a social media site, or on a forum or blog. Using a false persona in an attempt to harass or cause harm is also prohibited. The victim of this crime may bring civil charges against their offender.

The hearing may result in the offender paying damages to the victim. This could include paying for their court costs for having the hearing in the first place, as well as declaratory relief or injunctive relief.

Financial fraud is often tied into identity theft because perpetrators use other people’s identifying information in an attempt to gain access to their financial records. This includes stealing someone’s credit cards and using them to purchase goods or pay for services. Creating false financial documents or cards is also considered under this law. Printing paper checks and using another person’s routing number on them is one example.

Most crimes considered under this law earn the offender a felony at the Class C capacity. This equates to a five year maximum sentence, with at least one year as the minimum to serve.

Several famous identity theft cases have made their way from Washington.

People who had already fallen victim to identity theft came to Nakeisha Hall to help them. Hall was a taxpayer advocate worker whose job was to assist taxpayers with their troubles. While helping, she was also hurting. Hall took the identities of these people who were already victims, and made them victims for a second time. She used their information to file false tax returns in their names.

Much of the income information she entered was altered. This allowed her to receive larger tax returns than she otherwise would have. Hall worked with several co-conspirators in order to obtain the income checks and have them deposited onto several debit cards that were mailed to various addresses. She was sentenced to nine years in prison for her crimes.

The state of Washington provides countless resources to consumers so they can stay informed about theft alerts and scams in the area.

Atg.wa.gov: The Washington State Office of the Attorney General offers help to those who want to protect their identity, recover from theft, or improve their security practices. Common scams and security breach information is also available on their website to help consumers keep informed.

Wccva.org: The Washington Coalition of Crime Victim Advocates details recent studies across the state pertaining to identity theft and related crimes. A Facebook page is available for those who wish to gain access to helpful insights.

Snohomishcountywa.gov: Snohomish County of Washington employs a law enforcement agency that is responsible for looking after the citizens of the area. This includes keeping them safe from identity theft as much as they possibly can. This is done by educating all consumers on the risks of identity theft and teaching them ways to prevent it from happening to them.

Washingtonlawhelp.org: Washington Law Help provides legal assistance to low income families. This includes discussing options for victims of crimes, including identity theft. Step-by-step instructions are detailed on their website so victims of identity theft can handle the process easier.