Taking another person’s identity is a felony crime in the state of West Virginia. It equates to a maximum prison sentence of five years, with fines paid. Consumers in the state are urged to take precaution of this crime, as rates of it have been rising in recent years. 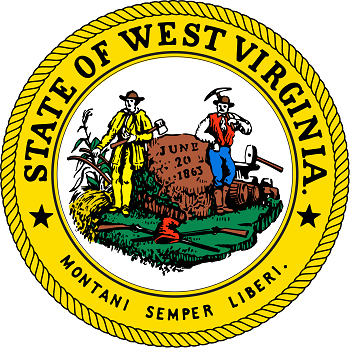 Taking the identity of another person, including using their personal information, is an identity theft crime in West Virginia. Attempting to make a financial transaction under the victim’s name is a serious offense under this statute. This is a felony offense. It results in a maximum prison sentence of five years. Nearly $1,000 in fines can also be charged. A year-long period of probation is typically given after the sentence is lived. A number of restrictions will need to be followed during this time. Breaking these rules will result in longer prison time. Restitution must also be paid back to the victim.

Stealing a check, book account, or other paper financial document that belongs to another person is a crime of larceny. It is also considered under the terms of identity theft because information or documents belonging to another person are being utilized. The punishment is typically for that of petit larceny, which could result in a year spent in jail. The perpetrator will also have to pay back any amount he stole while using the stolen materials.

Overnight mail or certified mail are the two main options West Virginia consumers have for sending in their written request for a security freeze. This freeze works to stop creditors from accessing the credit report and opening new lines of credit in the person’s name. This is a main method in which identity thieves use their victims’ information.

It takes approximately five days for the freeze to go into effect. Once it is fully in place, the reporting agency has another few days to send notice back to the consumer. It will come with a personal pin number that can be used for future account dealings, such as removing the freeze later on down the road.

Using any type of card that does not belong to that person is a fraudulent offense in the state of West Virginia. This is true whether the card is stolen, counterfeit, or expired. Using the card to pay for services or buy goods is a serious crime against this law. A stolen amount totalling more than $1,000 will earn the offender felony conviction. A minimum sentence of one year, and maximum of five years, is the penalty for this charge. A lesser value earns the perpetrator a misdemeanor charge. A year in jail may still be given in this instance.

Trafficking in payment cards is another aspect of this law. Having more than ten cards is considered trafficking. Having equipment that can create, alter, or otherwise work on cards, including scanning devices, is also part of trafficking. A felony sentence of ten years in prison may be awarded to anyone who attempts this crime.

A man living in Maryland used the stolen identity of another man from North Carolina in order to create an identity theft scheme in multiple states. Christopher Linn obtained a passport and other identifying information of a victim in the state of North Carolina when he once lived there. Some time later, he moved to Maryland and attempted to take out a loan in his name. He traveled to West Virginia in order to use the victim’s identity to have a new identification card created. The card was then used back in Maryland to take out a vehicle loan at a local credit union.

Several months later, Linn moved to Pennsylvania. He used the same identity to gain employment in the area, and apply for housing. It was in Pennsylvania that Linn was caught. He is now charged with multiple counts of identity theft. He is serving a three year sentence in Maryland for his crimes. Once released, Linn’s punishment is not over. He will then be brought to West Virginia and Pennsylvania in order to serve additional sentences for the crimes he committed there.

Roland Duckett came to the U.S. on a visa, which expired while he was still in the country. He then paid someone to use their personal identification so he could get a driver’s license in West Virginia. It was not until he applied for a passport using the same name that Duckett was caught.

The Diplomatic Security Service realized Duckett had another identity other than the one he was claiming. He was arrested for his crimes, and now faces up to five years in prison for the charges.

West Virginia contains a large number of resources that pertain to identity theft that are useful to consumers.

Privacy.wv.gov: The West Virginia State Privacy Office lists the identity theft laws in the state. It also includes links to helpful resources, such as that of the Federal Trade Commission.

Ago.wv.gov: The Office of the West Virginia Attorney General contains a Consumer Protection section that works toward protecting consumers from risks in the area. This includes identity theft, which is a problem that has been creeping up for years. An information toolkit is provided on their website that can get consumers started.

Revenue.wv.gov: The West Virginia Department of Revenue is responsible for envocing all revenue-related laws in the state. In order to find out which laws apply, consumers can search their website. A number of helpful reports and information are included.

Citizenswv.com: The Citizens Bank of West Virginia offers a section on identity theft. Three steps are detailed on their website for what to do when a theft of identity occurs. Helpful resources and information is also listed.