The state of Wisconsin has very specific laws for crimes of identity theft, pertaining to the unauthorized use of personal information. A police report can be filed in order to prove victim status and get an investigation going into the matter. This report can then be used to place a security freeze and show law enforcement agencies and credit agencies that the true individual whose name was used did not commit the crimes or incur the debts that their report is now saying they did. 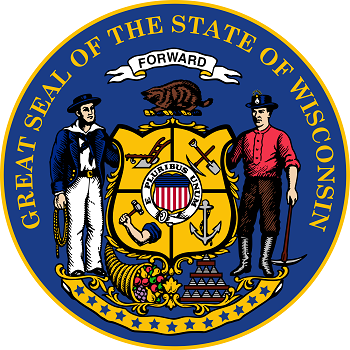 Unauthorized Use of Personal Information - 943.201

Any type of personal information that can be used to gain something of value is unauthorized for anyone but the owner to use. This includes a license plate number, driver’s license number, bank account information, full name and address, place of employment, social security number, mother’s maiden name, or taxpayer identification number. Any of these details can help someone fake their identity and pretend to be someone else.

Using any of this information in an attempt to make a financial gain is a Class H felony in the state of Wisconsin. The most extreme sentence will be six years in prison for this offense. The peak fine amount is $10,000.

A victim of identity theft has the right to file a police report with their residing county. If the local county does not have jurisdiction over the case, it must describe to the victim which agency does. A copy of the report filed must then be given to the person who reported the incident so they can use it for their records.

Acting as a public officer in any capacity is a felony crime in the state of Wisconsin. This includes a perpetrator telling people they are an officer in an effort to intimidate them, or pretending to be an officer in order to gain information. It is a Class I felony. A punishment of three and a half years in prison may be received for this crime. A person who repeatedly commits this crime will receive a harsher punishment of up to six years in prison. Total fines nearing $10,000 may also be applied.

Impersonating any type of emergency personnel, including a firefighter or peace officer, is a Class H felony when there is an intent to commit a crime while doing so. Impersonation with the intent to help someone else commit a crime is also considered. Up to six years may be spent in prison for this offense, with fines to pay reaching $10,000.

It is a Class A misdemeanor to simply impersonate a peace officer and attempt to do their job. A first responder, medical technician, and other similar professions are also included in this law.

There are four main crimes when it comes to transaction card crimes and their fraudulent use. The first relates to taken a card that belongs to another person. This is part of identity theft as a payment card is issued to one person only, and has a personal card number and pin that leads to the cardholder’s account. Taking a card belonging to another person and using it for financial gain is prohibited by Wisconsin law.

The second crime is when using a false statement in order to obtain one. This may include using the name or credit information of another person in order to obtain a credit card, as not everyone is eligible to receive one. This is often when someone has poor credit, and they wish to use the good credit of another person. This also equates to a type of identity theft crime.

Anyone that uses a lost card is also guilty under this law. Keeping a lost card in one’s possession for more than seven days is criminal under the law of Wisconsin. If someone should happen to find a lost card, they should immediately turn it in, either to the financial institution where it came from, or to the person whose name is on the card.

Selling and purchasing a card of any nature is the fourth related crime. Only a financial institution has the right to issue payment cards. A cardholder is not even allowed to sell their card to another person, as it is linked with their own name and information. This would result in a punishment with the law, as well as dismissal from the financial institution who initially issued it. Identity theft and fraud are often related to crimes involving transaction cards.

The state of Wisconsin offers various identity theft resources that work to provide all the information a consumer needs to prevent the crime from happening.

Instructor.mstc.edu: ID safety is a top priority in the state of Wisconsin. That is why Mid-State Technical College strives to provide full details regarding identity theft and the laws permitted. Their website includes the document from the International Association of Chiefs of Police that describes Wisconsin as ranking 15 in the nation for crimes of identity theft.

Revenue.wi.gov: The Wisconsin Department of Revenue discusses identity theft and how it can be related to tax returns. A number of resources that allow taxpayers to report the crime are included on their website.

Wilawlibrary.gov: The Wisconsin State Law Library provides a large number of forms, links, and resources on their website pertaining to identity theft. Complaint forms for the Federal Trade Commission and Identity Theft Resource Center are included, as well as court forms for the removal of the information from victims’ records.

County.milwaukee.gov: The personal information that can be utilized for identity theft are all disclosed on the Milwaukee County Sheriff’s website. Steps for resolving the matter are also detailed.

Legis.wisconsin.gov: The Wisconsin State Legislature makes all of the laws in the state public to citizens. This ensures all people within the state can access the legislation and read the laws pertaining to identity theft and related crimes.